Intelligence is something we all look for, be it in employees, colleagues, best friends or partners. Yet, its definition seems vague. No one really knows what intelligence is until they actually see it.

Intelligent people are usual those that understand a concept quickly and don’t need to study hard to get straight ‘A’s in their exams. Or is it? Is that a good mind coupled with a somewhat even better memory? We had a debate at work on who is really intelligent, those that study hard or those who put little effort and still pull out brilliance. Well I lean more to the latter. Studying hard is a kind of academic intelligence, but it stems from character. Should people who study or work hard be looked as less brilliant? There is room for endless debate. 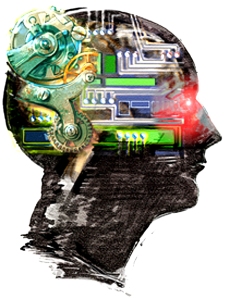 Emotional intelligence and creative intelligence are of equal importance in our lives, and are usually forgotten or disregarded. Not all people can understand emotion even if brilliant in academical studies. Many savants are proof of this. They’re geniuses in their field but tend to lack in other areas such as social interacts. To analyse better the importance of emotional intelligence I performed a thought experiment. Let’s say an alien lands on earth and knows nothing about science equations and the likes, but can communicate and truly understand your deepest emotions.

Will you deem it to be intelligent life?

Intelligence in my eyes, branches in two, emotional and problem solving. The latter encompasses an understanding of concepts and using those concepts in a creative way. Emotional intelligence is the ability to understanding emotions or to convey them creatively through a medium, be it art, spoken words or gestures. For me, both branches are as important. Picasso as brainy as Einstein.

I still remember a classmate of mine at university that really didn’t care about grades, but in the laboratory he used to always find a creative way to solve problems. That always struck me in people. Their ability to come through where others get stuck, in emotions, creativity or problem solving alike.

For me those are our everyday geniuses.